Are Comic Book Shops A Thing of the Past? 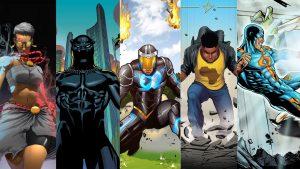 Comic book stores have been a safe haven for all of nerd fandom across the world. “Willy Wonka’s chocolate factory” where all types of literary delights can be purchased as soon as the issues are out.  Not to mention the endless array of merchandise and collectibles that make the experience oh so sweet for people of every age, gender or race.

It is no small thing to say that comic book stores have brought the realms of fantasy even deeper into our hearts, but are these beloved stores slowly being phased out ?

It is worth saying that the world is slowly digitizing its information, moving on from the use of paper which causes significant damage to the environment.  But it can also be uneconomical in terms of production, especially when you have a wider clientele. Because let’s face it, hundreds of thousands of comic books need to be printed every year to meet consumer demand – and you get a forest laid bare and an ecosystem damaged.

With the Covid-19 pandemic dealing out a painful blow to the economies at large, it has become exceedingly difficult to service and produce material due to lockdowns, lay offs and meagre profit margins. This downsizing in the industry led to the permanent closure of small and large businesses alike. 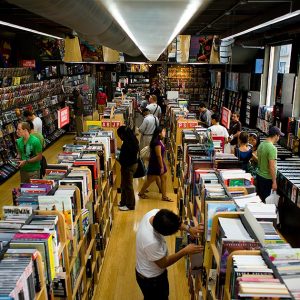 This however did not adversely affect the comic book industry, though hard copies are more preferred, digital soft copies are also a worthy alternative.

In 2020, DC Comics produced a number of digital firsts, titles like Deceased: Hope at World’s End, Injustice: Gods Among Us: Year Zero and some Batman issues were available on Comixology, an online comic book store.

The beauty of digital comic books is that one is able to access it anywhere in the world at the touch of a button, all that’s required is a stable internet connection and you’re golden.

Sure some may prefer the feel of the pages between their fingers, the smell of a freshly printed issue, the way it looks when you put it up on display in your mancave / library but let’s face it, digital is more helpful in terms of environmental conservation and more economical.  At the end of the day, the content is still available to you in any language of choice and every country around the globe.

Comic book stores are not a thing of the past they just evolved to a digital plane, right in the

matrix of the internet… yeah, that was a slight reference.

Ted Duane Mbiyu is a resident Kenyan and a friendly neighborhood nerd in all aspects of the term. Aside from obsessing over comics, animation, film and some gaming, he’s also a scholar in the field of media and film at Daystar University, meaning he spends his entire day in a Galaxy far far away.