PROJECT POWER – What would you do with 5 minutes of Power?

PROJECT POWER – A 5 Minute Review for 5 Minutes of Power

Have you ever imagined what it would be like if you had superpowers? Stop there, pop a pill, and find out … for 5 minutes.

Welcome to the VX Central Original Netflix Review and today we would be discussing Jamie Foxx’s PROJECT POWER.

PROJECT POWER takes place in New Orleans where a government top secret rogue project is using the city and its people as lab rats for this new substance which gives its users 5 minutes of unique superpowers modeled after animals. SOUNDS A LOT LIKE ANOTHER BLACK SUPERHERO THING … BLACK … BLACK … BLACK LIGHTNING!! AND IT’S GREEN LIGHT DRUG, but as much as it’s hard to ignore let’s move on I mean its a Jamie Foxx movie, and he’s coming with the kick-ass Django moves we can’t resist, all is forgiven.

The plot of the movie honestly is promising at the start but then it deteriorates into a number of plot holes that didn’t quite sit well with us as the movie advanced further into the movie.

Plot Holes: Mattson Tomlin we have some red flags for you

The story definitely needed a lot more plot development, character development, and most definitely more attention to detail in terms of backstories and overall direction. I strongly felt it could have been a whole lot more socially conscious cause of the characters and situation setup of the movie it was a bit disappointing to watch it go on a staring mundane line. 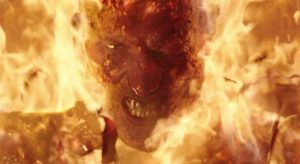 The action scenes were intense! If you love kick-ass unpredictable action sequences that keep frozen in an awkward position out of excitement till the scene is over, you came to the right place the filming of the action is phenomenal especially the private club scene when ART (Jamie Foxx) comes after BIGGIE (Rodrigo Santoro) and the battle with NEWT (Machine Gun Kelly).

The cinematography and directing had some golden moments so shout out to Henry Joost, Ariel Schulman the casting of the movie also had some golden gems with Chikalogy playing a secondary role was a joy to capture for those few minutes. Also appreciated the scoring of the film it captured the culture and also the city of New Orleans through hip hop from contemporary idols like Lil Wayne, Nipsey Hussle, and more. 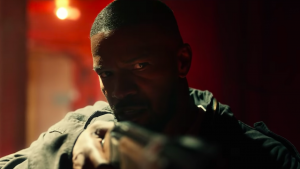 The Hero (Art) – The hero of the story (Jamie Foxx) is looking for his kidnapped daughter and like Liam Neeson would do absolutely anything to get her back even if that involves kidnapping another person’s daughter. Art is an ex-military commando who is on the edge on a rampage looking for the source of the Power Pill and his daughter who has been kidnapped by them, he enrolls the help of Robin & Frank though he seems to have a strong history with the POWER PROJECT he seems oblivious to their operations and whereabouts. 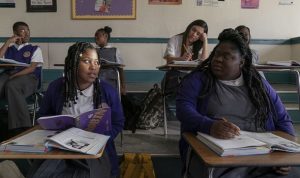 The Side-kick (Robin) – The Side Kick (Dominique Fishback) is a high school student / aspiring rapper who happens to be dealing the power pill on the streets, after her encounter with Jamie Foxx (who kidnapped her) she follows him like a loyal puppy till the very ends of the earth and its all perfectly normal for her (I guess Robin was desperate for a batman). What we love about her character anyway is the slice unlimited good-vibes and her freestyle is fire!

She seems to have forgotten all about her mother so suddenly while running around with Art on his mission impossible quest to save his daughter but its fine. 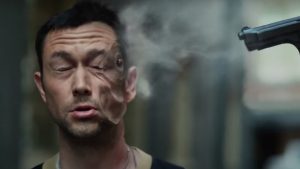 The Vigilante (Frank) – The Vigilante (Joseph Gordon-Levitt) who is also a user of Power Pill, a frequent user, not a junkie yet, maybe, who knows, used more of the pill than anyone in the movie (drugs for a good cause) is a New Orleans police officer who is friends with Robin and also a client, he loves his city and is passionate about getting the power pill (WHICH HE IS USING, QUITE COMFORTABLY WHICH WE MAY ADD) off the street. A  noble and worth cause, he teams up with ART to bring down the power drug syndicate. 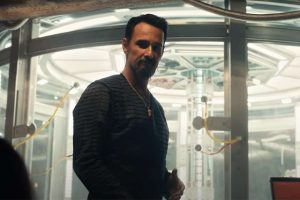 The Villian (Biggie): The kingpin drug dealer (Rodrigo Santoro) popular known as biggie who when he pops the pill he’s becomes this really big guy (very original), well he turns out to be a secondary villain before the main-ish boss (Amy Landecker) which I must say there’s no anticipation to see her go down as there is a complete disconnect between her and the entire story. 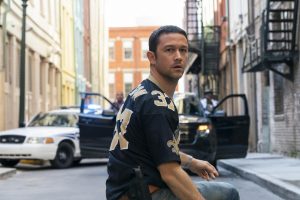 The Plot Twist (Capt. Crane): Capt. Crane (Courtney B. Vance) is supposed to be a plot twist / reveal which advances the movie to its second half when the team comes together to bring down Project Power, the only thing that twisted was our noses cause we saw it coming 1 hour before that. He also just disappears from the movie like the writer seemed to forget all about him.

Does this pill really give you power for 5 minutes or is it somewhere between 5-10-15 minutes cause some people ran wild with power across the show but who knows the time in movies often differ from real life but we can say for sure a lot can happen in 5 minutes.

PROJECT POWER is a great movie to stream in the comfort of your home and get a burst of great superhero action, with light non-heavy storytelling and a good laugh. Would keep you in your sit throughout (that’s for sure) but don’t expect too much. Enjoy it for what it is.

A Review by Somto Ajuluchukwu