The Stunning Evolution of Sony Playstation

As technology has advanced, the thrill and excitement of playing games have only increased, with more visual stimulus, creativity, better graphics, and slick consoles and pads. From the first board game to card games, virtual gaming, to Twitch technology has changed the way people experience gaming.

Growing up as a kid in the early 90’s PlayStation was the game almost every kid wanted in their homes and wanted to play. The graphics back then was the start of 3D graphics in the gaming industry. Nintendo was also a good rival/competitor to PlayStation but Sony was able to push through and build a following while improving on their consoles as the years went by. As technology improved and grew throughout the years so did the materials used in creating theses consoles.

Sony has become one of the biggest game manufacturers in the last century.  We take a look at Sony’s Playstation from the first edition to the latest arrival! 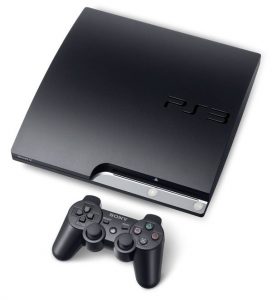 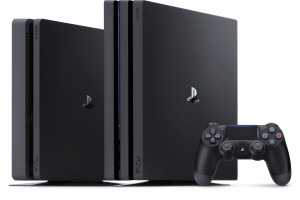 The PS4 is one of Sony’s most attractively designed pieces of hardware. It’s a beautiful system, with great controllers and a large games library. The connections at the back are now all-digital, with an aux port for the optional PlayStation Camera, Ethernet for wired online connections, an HDMI port to hook up to the TV, and Optical Audio out, too.

Upfront there are two discrete USB 3.0 ports to charge the wireless controllers, beneath the on/off and eject buttons that sit on either side of the disc port (6 x Blu-ray, 8 x DVD). It also has Wi-Fi and Bluetooth, the latter syncing the controllers. 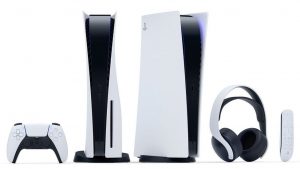 Sony developed and released their most recent model last year: PlayStation 5. This system contains a custom eight-core AMD Zen 2 CPU clocked at 3.5GHz. The PS5 system has superior CPUs and a custom GPU based on AMD’s RDNA 2 architecture, it’s SSD which is also significantly faster and excellent Dual Sense controller. The PS5 is a flagship next-gen games console, and it comes with the latest tech and advanced features such as support for 120 Hz refresh rates, HDR, 4K resolutions, and much more.  It has 16 GB of GDDR6 RAM/256-bit and a custom 825 GB SSD, which delivers a speed roughly two orders of magnitude faster than previous models.

Over the years Sony has worked tremendously on its consoles adopting the latest technology and improving on the gaming experience of its users/buyers. The gamepads significantly changed from SD cards, wires, and ports to wireless gamepads, which are much easier to pack and keep out of the reach of toddlers. Sony has solved every one of the major problems of its gaming pad (Dual Shock), its sticks are farther apart, with semi-concave pits in the middle designed to hold the tips of your thumbs in place and makes it easier to hold for those with big hands.

Technology has evolved the way consoles are made and with the advent of virtual reality, the game industry has seen an increase in its users. Most iPhone and Android users having different gaming apps installed on their phones and the ability to play with other users from around the globe. Mobile games like; Call of Duty, Temple Run, Chess, Ludo, have different players from around the world playing together and against each other. With companies like Twitch giving players the ability to stream live to other gamers/fans who want to watch their favorite gamers play has changed the industry from what it used to be years ago.

We hope to see how Sony improves its console as the year goes by.

Barida Alawa is based in Nigeria.  She is a community builder and very passionate about creative expression in all its forms.  She is an event planner and creative writer who has had the opportunity to work on a few events such as PHCity Comic Con in Rivers State and Start-up Grind Obio-Akpor.