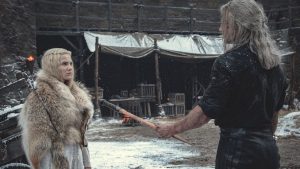 Netflix is set to release The Witcher: Season 2 on December 17th but made the first six episodes available to critics.  The Witcher is a mature fantasy drama television series based on the book series and of the same name by Polish writer Andrzej Sapkowski.  It became one of the biggest original TV series in history when it debuted in December 2019.  The highly anticipated new season finds Geralt of Rivia, performed by Henry Cavill, a genetically enhanced monster hunter, now the reluctant surrogate father of Cirilla, performed by Freya Allan, a displaced princess with a mysterious lineage that gives her unexplained powers. Ciri wants her revenge from the events in the first season, where her home was laid siege by an invading empire. 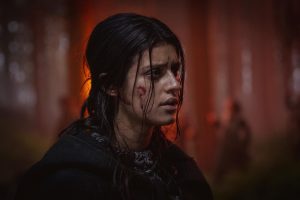 The episodic monster stories have mostly been replaced with a more fluid fantasy epic.   Season Two explores largely what Witchers are and how they’re made.  And this sophomore achievement favours a more straight-forward and concentrated story.  The first episode opens to a carriage under attack by an unidentified monster, similar to the opening scene of The Witcher animated film.  The series picks up where the first ended, after the destruction at the Battle of Sodden Hill, where the powerful sorceress and Geralt’s love interest, Yennefer of Vengerberg, performed by Anya Chalotra, conjures up a fantastic display of magic and fire against the invading Nilfgaardian army.  And she seemingly sacrifices herself from channeling the forbidden power.  With Yennefer presumed dead, Geralt is devastated and decides to take Ciri with him to Kaer Morhen, his childhood home where he trained to become a witcher.

A pleasant change in pace was the introduction to the elven culture and the prejudice they experience.  The welcoming backstory and side quests expand The Witcher story into even more races, politics and compelling characters.  Because of this, characters’ lives carry more weight, and the consequences are more dire.

Cavill’s performance as Geralt of Rivia is compelling to watch as he charms his way through the role; his rough demeanor is sprinkled with a dry sense of humor.  Yennefer is woven into the plot at key moments, propelling the story forward.  And although not on screen as often, Yennefer’s personality and storyline is intriguing enough to rope viewers in.  Her journey is long and challenging, as where she finds herself amongst enemies and unlikely allies.  Geralt’s story goes back and forth between battling against treacherous monsters and trying to balance his newfound role as a fatherly figure. 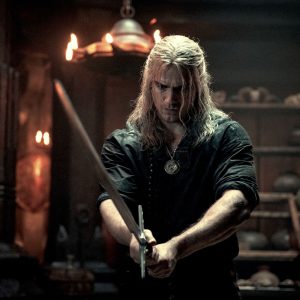 There are some new welcomed additions to the cast.  Vesemir performed by Kim Bodnia acts as Geralt’s mentor and is a poignant symbol of a stern yet caring father figure. Unfortunately, the main antagonists fire mage Rience, performed by Chris Fulton and spymaster Dijkstra, performed by Graham McTavish move about somewhat aimlessly during the season with no real sense of direction.  And the slight Game of Thrones “air” about the series is still present, and although not a bad thing the comparisons will certainly be made by viewers.

Filming for the second instalment wrapped back in April 2021, showrunner Lauren had this to say about the new series:  “None of us has ever experienced a television season like this before, I’m sure. We cannot wait to show you what Geralt and Ciri, and Yennefer and Jaskir, and all of your favourites have been up to since we left them at the battle of Sodden Hill.”

The source material provides a great foundation for the series, so the world building is top notch as the characters cover snowy lands and troubling terrain.  The Witcher Season 2 is a more comfortable watch, the storylines are direct, the character motivations are intriguing, but the antagonists could present more of a threatening presence and direction.   The highlight of the season will certainly be Geralt and Ciri and their makeshift family dynamic – the cool brooding father figure and the “not so damsel” daughter makes for great television, their relationship growing on screen right before our eyes. 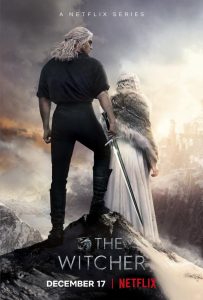