Season 2 Umbrella Academy came all out in a satisfying 10 episodes of once again great unorthodox storytelling. The events of season 2 take place between 1960-1963 and the job is up to “5″ again to bring the family together, but what really brings them together is learning from their past … or would I say future … Anyway, Welcome to the VX Central Original Netflix Review of UMBRELLA ACADEMY Season 2 created but “My chemical romance” lead singer Gerald Way and Artist Gabriel Ba published on Darkhorse comics;

THE PLOT! LET’S TRY TO SAVE JOHN F KENNEDY …. again

Is it me or does every movie set in the 1960s bring back JFK from the dead … It’s a few days to November 22nd, 1963 and JFK  is to about to ride through downtown Dallas, Texas and we all know what goes down that very day. A big part of the Umbrella Academy season 2 story of revolves around this moment in history as a sort of magnet which brings all the pieces together, but let’s catch up on the academy and what the 1960s look like for them; 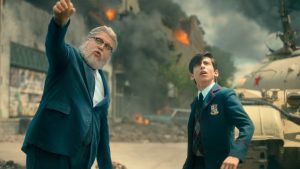 After escaping yet another apocalyptic premonition, 5 Starts his journey with meeting Hazel who gives him a very brief/short-lived 411 on the impending doomsday set to destroy the world and once again 5 sets off on uniting the family to save the world, this time 5 the man-boy is willing to do whatever it takes at any cost. 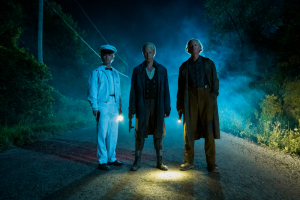 The commission has once again sent out a crew of freelance hitmen to take out not just 5 but the entire Umbrella Academy and you are going to love this seasons assassins, quite different from HAZEL (Cameron Britton) & CHA CHA (Mary J Blige) the Swedish Deadly Trio as we would be calling them in this review have quite a bond which you begin to discover deeper as the story progresses, their straight to killing business type of villainy makes them more enjoyable to watch as it’s less chatter giving us the viewers trigger happy action scenes to savor. However, the con of this is there mute nature gives zero room to character development compared to HAZEL & CHA CHA which had depth as characters and the role they played in the impending apocalypse in season 1. 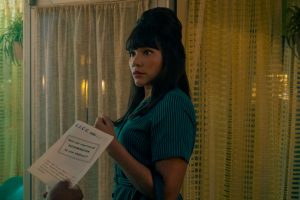 We heard a Rumour Allison got married to Martin Luther King kinda man and lived happily ever after. Only if rumors were entirely true! Allison lands herself in the arms of civil rights activist and together they are taking a stand for equality in Dallas, it was a joy to watch Emmy Raver-Lampman take on this role with grace and power as she shows more maturity toward the use of power and relationships. Umbrella academy brings and timely slow a voice to the Black Lives Matter movement through Allisons story arch and we love it. 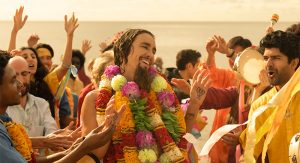 KLAUS (Robert Sheehan) AND HIS CULT … NOT CULT HIPPY MOVEMENT

Trust KLAUS to take a bunch of kids n LA on a spiritual journey into his personal self-pity/denial cult. Arguably one of our favorite characters of the show!

Its the 60s and trust KLAUS to take advantage of the rising hippy movement to start his own cult with a philosophy based off pop songs from the future; “Don’t go chasing waterfalls” and other west life references, he brings certainly needed humor to the show and is less frustrating to watch being he’s sober for a good half of the movie till he bumps into his lover who is about to be shipped off to Vietnam and die … AGAIN! 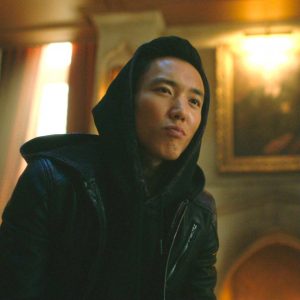 The one dead not so dead member of the Umbrella academy who still has some sort of maturity and self-awareness. He plays an integral part of this season, apart we really loved was him learning how to possess KLAUS and rid us for two seconds of his emotional wreckage. 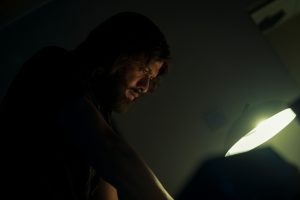 DEIGO AKA KNIFE BOY FRESH OUT THE PYSCHWARD

Diego the Knife bending naive batman archetype with mommy issues, oh how he has come of age in the UMBRELLA ACADEMY season 2, finally moving on romantically from his mom, Diego meets a girl! (Fireworks and drum roll). 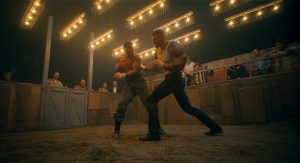 The big baby Gorilla boy crashes into UMBRELLA ACADEMY SEASON 2 in the most cliché of ways … Brawling, who is brawling for is whom you would find very interesting. However nothing has changed with Gorilla boy, he’s still immature and hung up in love with his sister .. not exactly sister Allison. One thing we love about Luther in season 2 is his awareness of his immaturity and standing up for himself rather than just let things roll by. Our 7 foot tall, 350-pound gorilla man is finally coming of age 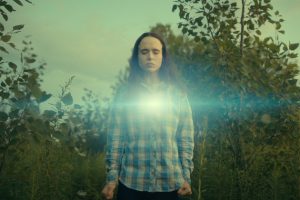 VANYA THE ADOPTED MAID … WITH AMNESIA

Vanya oh Vanya when would you ever be aware, once again we have to deal with Vanya discovering herself and its excruciating annoying but eventually satisfying as well as she does it right this time and we learn it goes deeper than slashing sister’s necks, and blowing up moons, she can transfer it and most importantly she was never really into that creepy psychopathic Umbrella Academy wanna be from season 1 cause she is actually into girls!

Watching her use her powers positively for a change took aways all the hate and eye-rolling that we were expecting to see, at some point in the show I was looking forward to her story arcs.

Be it in the future or in the past one thing time doesn’t change is the Ass hole of Reginald Hargreeves, it stays harmoniously intact and balanced like the monocle on his right eye. Yes, it’s 1960 and younger martial art fighting Reginald is moving around dubiously in his well-pressed tuxedo with no idea of his 6 children who need to speak to him about an apocalypse. Yeah, just simple family stuff …

Reginald proves again his only loyalty lies with his baby POGO who by the way is absolutely adorable, First Mandolorian gave us baby Yoda, now its baby POGO… Its baby season for old white creatures and we are loving it. 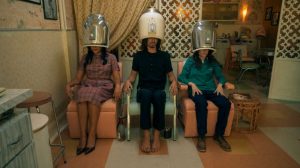 Overall what makes us love season 2 as a great sequel to the Umbrella Academy season 1 is the transition and growth of the characters and how time heals wounds and serves as a portal to learn from your mistakes. We see the Umbrella Academy as more of a family that has accepted each other, rather than a band of heroes forced to be family coming together cause Reginald says so.

Time changes things and we love it!

A Maiden Review by Somto Ajuluchukwu