Why Creating Authentic Characters for African Stories Is Important 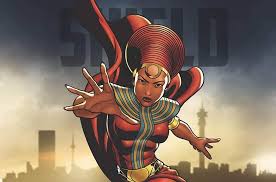 Africa is a continent brimming with diversity and culture contained in the form of language and arts and topped off by uniqueness and creativity. This could not be more true and vivid when you consider the array of cinematic global phenomenon that are centered around African culture like The Black Panther. Now with the ever changing times and growth of ambition native Africans deserve a piece of the action when it comes to comics and animation. Telling wondrous stories inspired by the diversity and growth of the continent and shine a spotlight on the under-represented black community within these given industries. 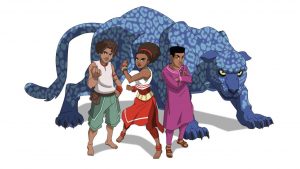 Now before one even thinks of a story one must first have characters who will aid in propelling the story forward . This is achieved by creating a concept inspired by your choice of genre. In Africa, culture forms the backbone of these concepts and aids in creating diverse and complex characters each imbued with an essence of that magic that makes Africa so special either through its dressing, it’s traditions and rich lore rooted in the idea of legacy and family that spans generations. Characters like King T’challa have shown hands down what Africa has to offer in terms of storytelling potential and a unique point of view that has never been seen before by the rest of the world and that is only the tip of the spear.

African comic books have arisen over the years and characters like Iyanu: Child of Wonder, Malika: Warrior Queen and Kwezi have dominated the spotlight in the African superhero sector. Nigeria itself has its own pantheon of heroes through vortex comics. With titles ranging from Celestials to Land of Gods, to Zodiac and more, these titles are slowly bringing out the potential that Africa has to scale to new and untold heights. It is with these aspects that the younger generation are going to be inspired to open up and let their voices be heard in a global stage that is hungry for new content every single day and it is up to us to deliver and fill the niche in the market.

More often than not if a comic book does well in terms of sales which automatically translates to exemplary reception with the audience, it has a great potential to become an adapted animated movie or series. YouNeek Studios, a fast rising star in the African comics and animation industry acquired international acclaim through 10-book deal with Dark Horse Comics. They have been a true torch bearer in the African superhero game and all should watch and see how rich and deep Africa’s talent truly runs.

With all this to offer and so much more Africa is on the highway to fast paced greatness in the superhero genre. Watch this space and behold history being forged!

Ted Duane Mbiyu is a resident Kenyan and a friendly neighborhood nerd in all aspects of the term. Aside from obsessing over comics, animation, film and some gaming, he’s also a scholar in the field of media and film at Daystar University, meaning he spends his entire day in a Galaxy far far away.