African characters have always existed in comic book literature, and have been part and parcel of stories as fundamental pieces.  However, these ten issues are somewhat definitive of them, as they opened doors for many to feature in the genre to begin with, and for them to headline their own stories.  It could be said that these ten were the very reason some of our favourite comic book heroes even exist. This particular issue saw the introduction of a now beloved household name: the Black Panther, as the titular hero. Though he appeared in other comics (Fantastic Four), this series gave him the lead role for the first time, and saw him stay in it for 19 more issues. 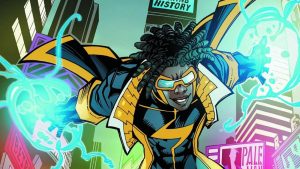 In a confrontation with the guy that bullied him mercilessly, Virgil Hawkins was attacked by a special tear gas intended to kill or mutate (known as the Big Bang). He manages to escape, albeit with electromagnetic abilities. He then decides to become the superhero known as Static.  Initially published under Milestone Comics, he became the most important character from the minority-owned brand that was dedicated to portraying African American superheroes differently. Static ended up in DC Comics when Milestone was acquired by DC. Created by Jide Martin with his brand Comic Republic, the goal was to showcase more African heroes at a time when there were very few of them being created across the Continent.  Led by the Guardian Prime, they have been affectionately dubbed ‘Africa’s Avengers’ and are set to change the face of African heroes for the better, as well as bring them into the mainstream. 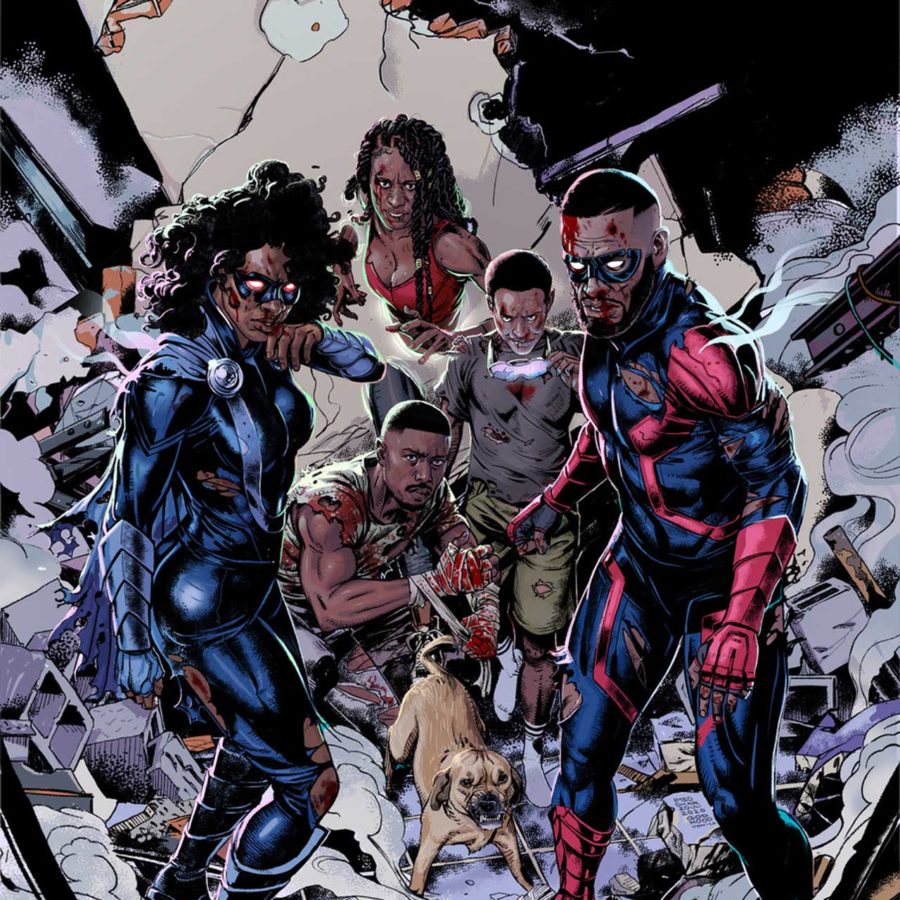 A novel idea, it focuses on the two titular supervillains, Destructus and Ultima retire from evil and settle down in Detroit, balancing family life and their past lives catching up to them.  Having the supervillains at the forefront, not to mention including a family with it was one of the appeals that the Antagonists had for fans, so much so that the comic has already secured a TV deal with Braham Entertainment. Though he used to be the one to call when Hal Jordan was unavailable, this issue sees John Stewart be promoted by the Guardians to the official Green Lantern of Earth, a role he filled for many years. First appeared in issue no. 87 and his initial look was based on actor Sidney Poitier. While working as an architect in Ferris Air, a Manhunter showed up, and John fought him off.  As it turns out, this was a test from the Guardians, who had been observing him for years. His bravery and lack of hesitation earned him the Green Lantern ring. 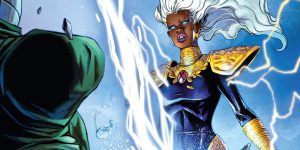 In Chapter 1: Second Genesis, Charles Xavier is visiting Kenya and comes across a local tribe that worships a young woman named Ororo as a weather and fertility goddess. He offers her a place in his institute, and after consideration, agrees and is henceforth known as the mutant Storm.
This made her the first and the most recognizable African American heroine in mainstream comics. 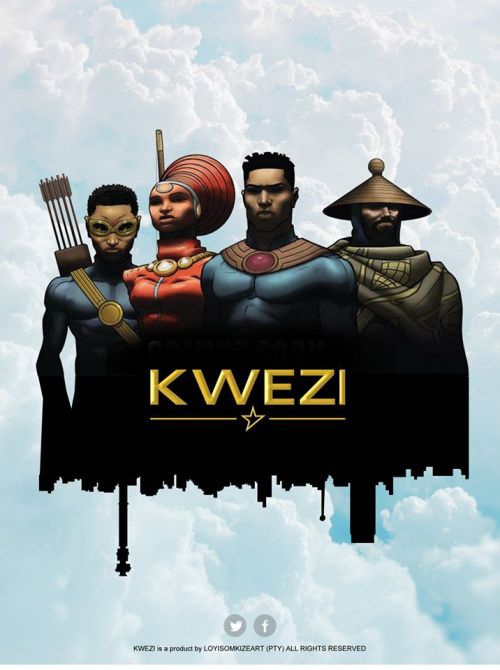 SOURCE: SISTER FROM ANOTHER PLANET

Set in Gold City, it follows a 19-year olf boy who discovers he has superpowers that bear a deep ancestral responsibility.
Created by Loyiso Mkize, Kwezi is seen as South Africa’s premier hero, bringing the thrills of superheroism in a more contextual and relatable manner to its readers. This sees the first appearance of Blade, a Dhampir (half vampire, half human) vampire hunter who is tracking down the vampire lord, Dracula.
He finds him aboard a cruise ship, where he plans to enslave all guests aboard. Blade reveals himself and the two engage in battle, although Dracula manages to escape, but not before Dracula swears revenge on Blade in a battle that the vampire hunter will not walk away from.

Albert Francis Simmons is killed while on a mission in Botswana by his friend Bruce Stinson, and is sent to hell. There, he makes a deal with the devil Maleboglia to return to earth. He does, but with partial amnesia and a burnt body, along with a new identity: Spawn.

A bestseller from the first series, and one of the bestselling comic series of all time, it paved the way for Michael Jai White to portray him in the film, making him the first black hero to star as the lead character in his own movie, being followed a few months later by Blade. 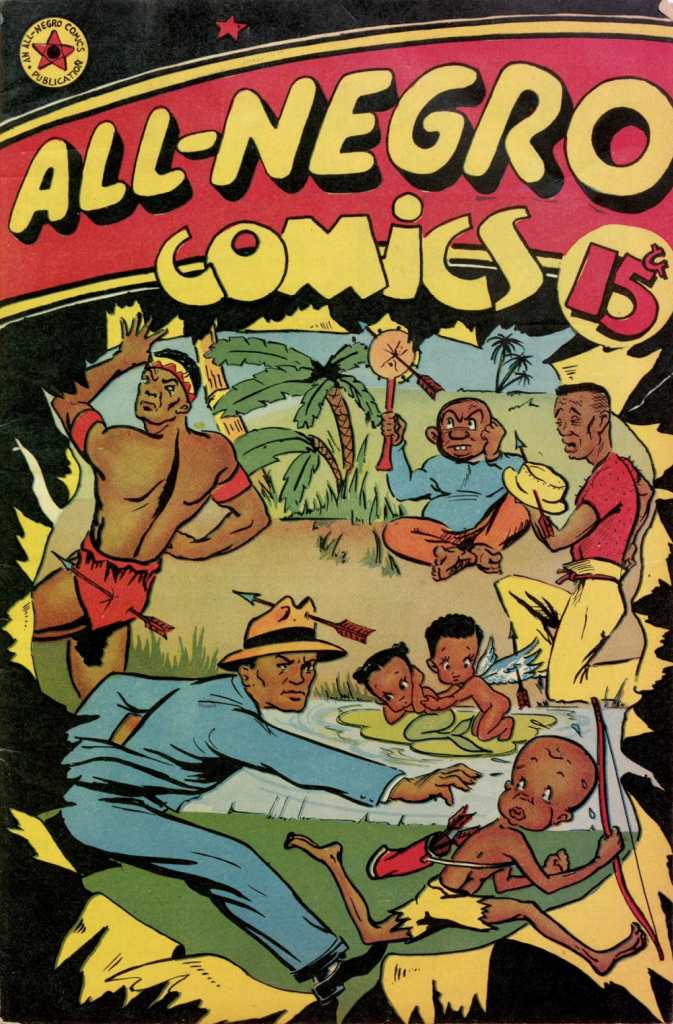 It follows the adventures of a young African-American scientist sent by the United Nations to guard Magic Mountain, that just happens to host the world’s largest uranium deposit. Published by All Negro Comics, Lion Man was the first known character to have been created by a black-owned company, and holds the mantle of being the first black superhero. 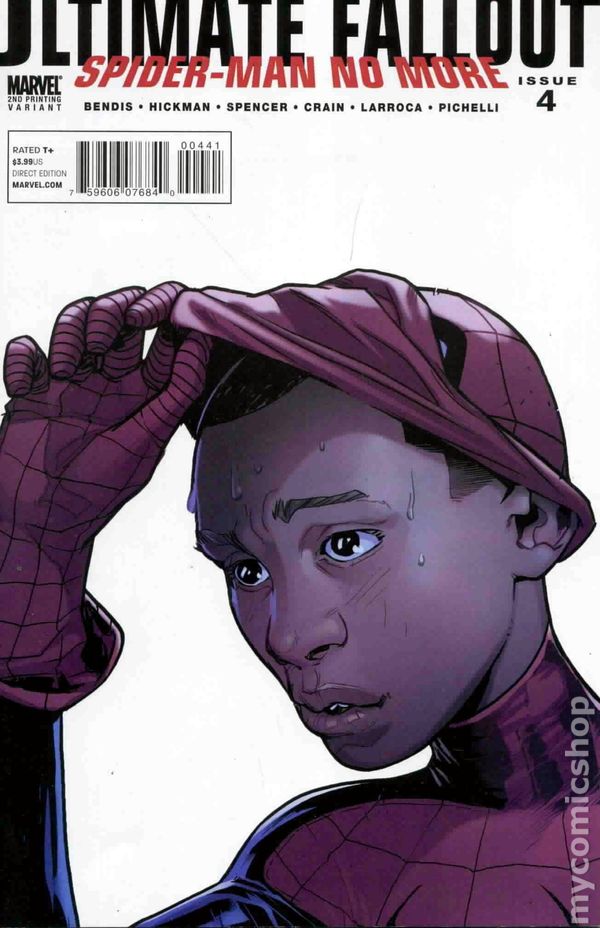 When Peter Parker’s Spiderman dies tragically by Norman Osborn’s hand, a young Miles Morales decides to further his legacy by donning the iconic Spiderman suit and fighting crime in the same way that Parker did.  A new spin on the iconic hero, Miles eventually earned himself a devoted fanbase and an adaptation in the Academy Award winning Spiderman: Into the Spiderverse.

K.K. Ameyo often visits mythical lands, make merry with fictional people and come back to Earth to write fantastical tales on his blog, ‘A DYING FLAME’. As a writer, he hopes to influence readers to think about the things that influence their lives by having them question everything around them.  He also hopes that someone somewhere will pick up the creative writing bug from his work.